I’ve been going around speaking with various people about Bitcoin for over seven years now. I can tell you there’s a massive difference in the responses I was getting back then and the ones I get now. Back then pretty much everybody was skeptical, thought it was a scam, and thought I was up to something strange. Now they think that I’m some kind of tech genius that’s helping save the world with this new Decentralized currency.

Bitcoin hasn’t changed in that seven your time frame, but the world around it has.

Even most the older crowd gets it now. Not too many crypto doubters these days. There’s still a few but it’s usually just salty people who missed the boat. And then there’s ones who believe that new things can’t happen. That’s the funniest of all.

They’ll probably be battling the adoption in Crypto until the day they die. What can I say, some people die losers and some die winners. 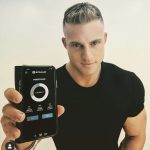