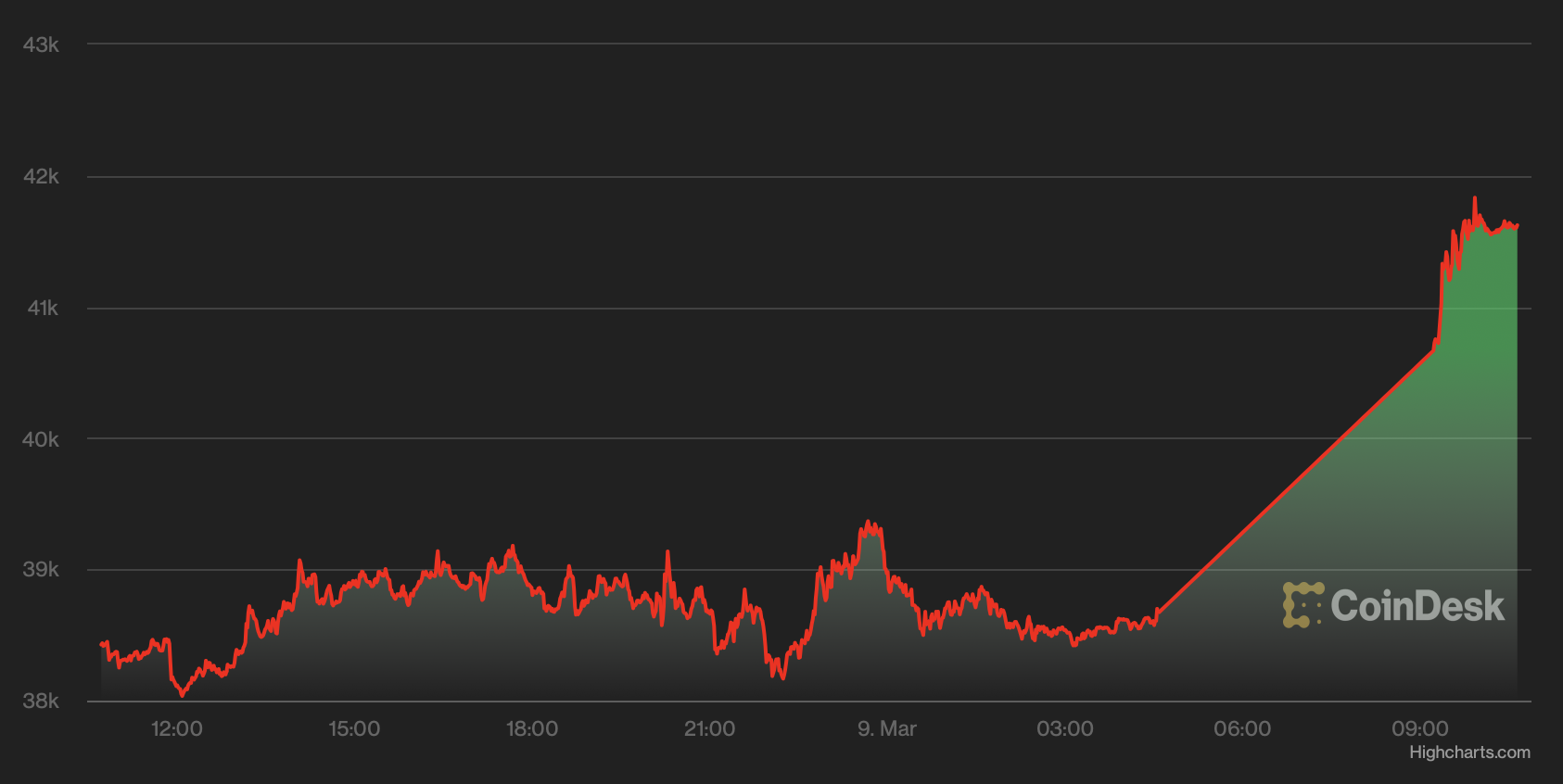 “‘A presidential executive order on cryptocurrencies would ‘support responsible innovation’ as it coordinates U.S. policy across agencies,’ Yellen said in a statement, which was scheduled for release on Wednesday, but was published on late Tuesday.
‘Under the executive order, Treasury will partner with interagency colleagues to produce a report on the future of money and payment systems,’ Yellen added.
Bitcoin picked up a bid and rose nearly 7% to $41,900 after CoinDesk reported Yellen’s comments, soothing market nerves. Other prominent cryptocurrencies like ETH, SOL, LUNA followed suit, according to CoinDesk data.”